Cordoba – Our  latest Venture – A Taste of Spain

Fascinating Cordoba with its Roman and Moorish history, temperate climate and beautiful scenery

Cordoba was founded by the Romans and due to its strategic importance as the highest navigable point of the Guadalquivir River, it became a port city of great importance, used for shipping Spanish olive oil, wine and wheat back to Ancient Rome. The Romans built the mighty bridge crossing the river, now called “El Puente Romano”. But Cordoba’s hour of greatest glory was when it became the capital of the Moorish kingdom of El-Andalus, and this was when work began on the Great Mosque, or “Mezquita”, which – after several centuries of additions and enlargements – became one of the largest in all of Islam. When the city was reconquered by the Christians in 1236, the new rulers of the city were so awed by its beauty that they left it standing, building their cathedral in the midst of its rows of arches and columns, and creating the extraordinary church-mosque we see today.

Our centre is 68 km from Cordoba in the valley of the Guadalquvir river.   Accommodation is in a modern farmhouse set amongst olive trees groves and  follows the characteristics  pattern of the classical Andalusian farmhouse with apartments set around a large garden patio with a seasonal outdoor pool.

Six apartments hold  ten students each and are equipped with their own bathroom and sitting room.  The remaining six each hold up to five people.

The site benefits from a twenty four hour security guard and the main gate is locked as soon as soon as the students are settled in the evenings. 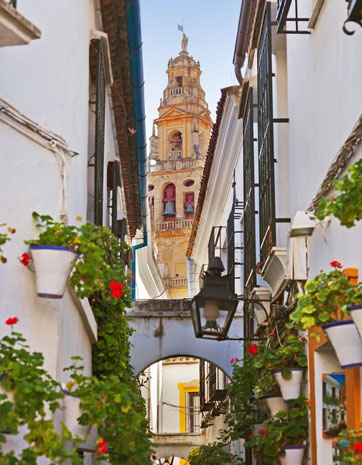 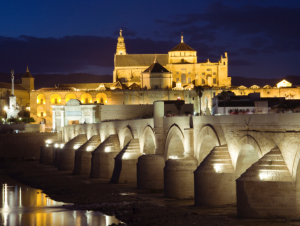 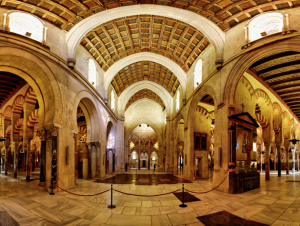 The Mesquita, the Cathedral Mosque 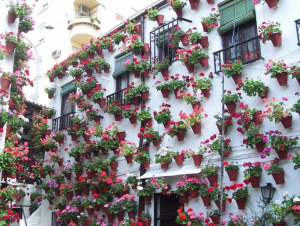 A Patio in full bloom during the Festival of the patios 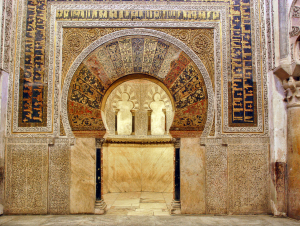 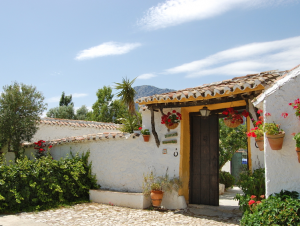 Our Accommodation Centre outside Cordoba 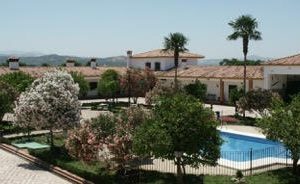 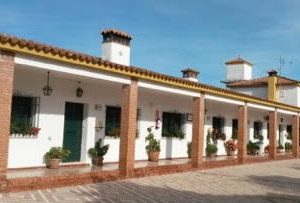 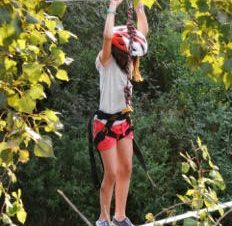 And the sport activities 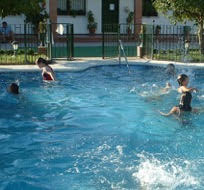 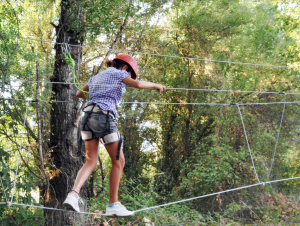 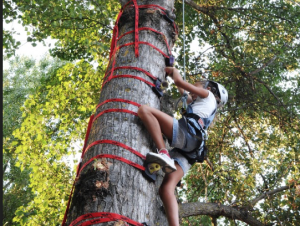